When you create a reference Image it will in most cases it will be updated with patches and some more patches and then some… That will make the image bigger and therefore the deployment of that image will take longer and consume more network resources. That can be corrected by getting rid of superseded patches, junk, temp files and much more. MDT does take care of much using the wimscript.ini during the capture process, but not all, not the old updates among other things.

Since MDT is the preferred method to create reference images you can download the script, import it as an application and then run the application just before the Sysprep and Capture step. The Script works for the following versions of Windows:

However, to make this work in Windows 7 and Windows Server 2008 R2 you need to add a hotfix to Packages in MDT. http://support.microsoft.com/kb/2852386

The script will use clenmgr.exe in all client versions of Windows. In Windows Server 2008 R2 it also uses clenmgr.exe, but it is never installed, instead it is copied from the SXS folder, that way we don’t need to install Desktop Experience. On Windows 8 and Server 2012 the script also runs the dism /online /clenup-image /startcomponentclenup and on 8.1 and server 2012 R2 the script adds the /Resetbase to make it impossible to remove patches.

Step By Step (kind of)

Import it in MDT

Open the Deployment Workbench and browse to the Application node and import the folder you downloaded, giver it a name and as command line you type:

Open your task sequence and before the Sysprep and capture step, something like this works fine. 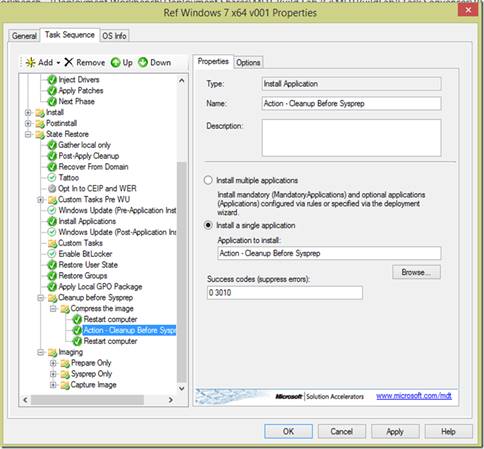 You need to add the patches in the deployment workbench. If you would like the deployment of the reference image to a bit faster, create three folders put the correct patch in each folder and then create corresponding Selection Profiles and modify the Task Sequence to use them. You download the update here http://support.microsoft.com/kb/2852386

Here you can see the patches imported in the Deployment Workbench. 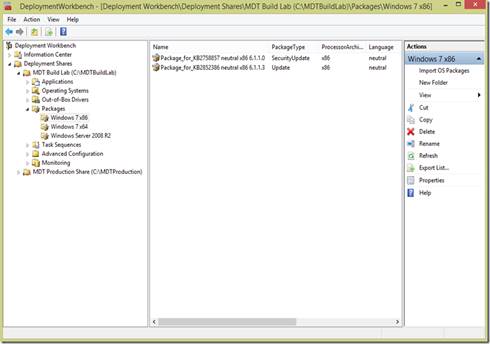 The patches you need.

Here you can see the Selection Profiles and the selection in one of them. 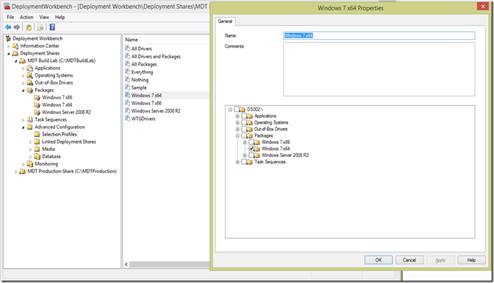 Here you can see how the modification in the Task Sequence. 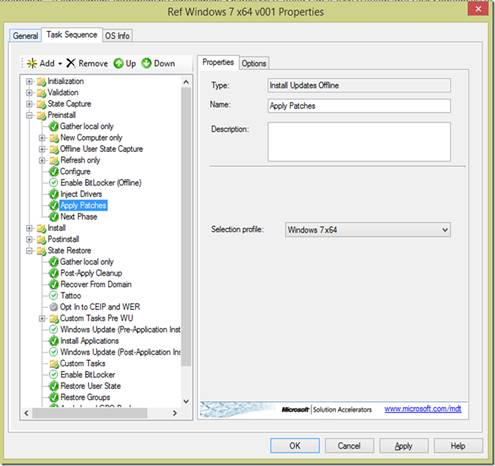 Author: David O’Brien Date: 06/26/2014 Article… A customer of mine asked me to create a new Windows 8.1 Enterprise SOE (golden image, standard image, whatever) and also customize the Start Menu and Start Screen layout. This customer is pretty easy as most of their applications are web apps. Therefor I only have to deploy all […]